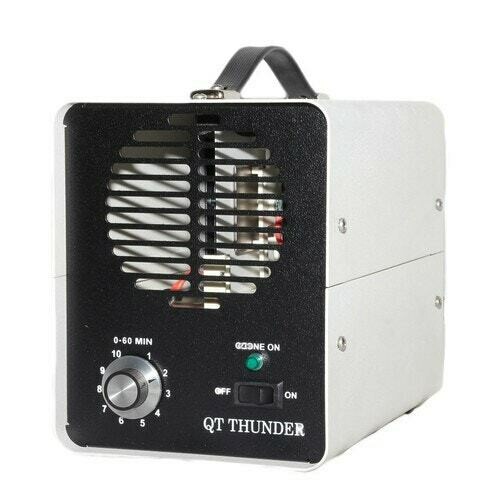 Used in every Bucuti & Tara Beach Resort room to clean the air of any impurities, ozone is very effective in eliminating odors including tobacco smoke, human and pet odors, food odors, mold and mildew odors, garbage odors, renovation odors and much more. It is not a re-odorant. It totally destroys the offending gases that are the source of everything we smell. Unlike many other deodorizing methods, ozone actually searches out and destroys the problem gases. It will react with contaminants in the air, water, fabrics and on other surface of the walls and ceilings. Unlike other types of air purification systems, an ozone generator does not depend on the air passing through the machine to do its job. Ozone generators also produce large quantities of ions via the corona discharge. The ions cause the dust particles to agglomerate, and precipitate from the air leaving a cleaner environment.

Save this product for later
Display prices in: AWG